2021: Laying the foundation to renew Europe 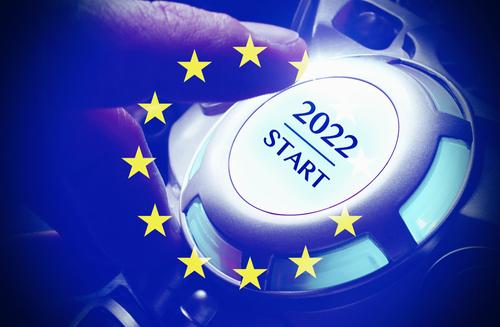 2021 was an intense year – for Europeans, for liberals, for the European Liberal Forum (ELF). Despite the ongoing pandemic, life was not put on hold in any way. On the contrary, it was moving ahead in full speed. For us liberals, 2021 was a year of commitment, growth, and planting the seeds. By the end of it, we have achievements to celebrate and goals to set for the year ahead.

Despite current disruptions and instability, in 2021 the EU was working on preparing the ground for a greener, more digital, more democratic and inclusive future. As always, as liberals, we kept our vision straight and focused. We aimed at making a values-driven Europe fairer, better functioning, and more impactful, both internally and externally. From the adoption of the reformed Common Agricultural Policy to reaching an agreement on an assertive and balanced EU strategy on China, we led on the issues of crucial importance for European internal and external affairs.

Meanwhile, the Renew Europe Group at the European Parliament continued to expand, reaching a benchmark of 100 MEPs, now being led forward by Stephane Séjourné. ELF was also exponentially growing in significance, providing policymakers with timely expertise and evidence-based analysis. By producing and curating a wealth of studies, publications, and expert discussions, it helped the liberal family respond to current developments while also anticipating and shaping them.

The year 2021 has marked the launch of the ELF flagship publication, the Liberal White Book 2030, which outlines the roadmap for liberal Europe across major policy areas. Bringing together visionary ideas of more than 200 experts from politics, academia, and civil society, the Book offers an unprecedented future-oriented reference point for liberals in Brussels and all over Europe.

A lot remains to be done

We European liberals, are thus developing our strengths on all fronts. And it seems like we will need them in 2022. Looking ahead, a lot has to be done next year to ensure that Europe has a safe, united, and liberal future. This year has accentuated the urgency of systemic changes and long-pending decisions on several key fronts at once. The Afghanistan crisis reignited dormant debates on EU defence policy and military capacities, while hybrid attacks from Belarus once again highlighted the structural deficiencies of EU border management and asylum policy. In parallel, the Rule of Law crisis keeps on brewing within the Union itself, with the Commission’s lack of response allowing member states to deviate from the most fundamental principles of the European project.

Throughout the next year, these challenges rather than disappear will only gain further momentum. The EU’s credibility, both internally and internationally, will depend on how it addresses these issues. In 2021 and before that, the EU’s responses have proven to be disappointingly slow and limited in scope and impact. The major reason for the EU’s political ineffectiveness is institutional in nature. The unanimity rule prevents the Union from acting at the level of its international weight, ambitions, and potential. This undermines its global influence and sovereignty, along with its citizens’ trust and respect.

As liberals, we always set our eyes on the future, including the future we want to see. We thus see 2022 as a chance to make a decisive step towards unlocking the EU’s full potential of being a source of credibility and trustworthiness, not just for Europeans, but for our allies, neighbours, and the world. The ongoing Conference on the Future of Europe will be delivering its first conclusions in spring. The upcoming French presidency, with its ambitious projects and long-term vision, promises to bring a powerful boost for a united and strengthened Europe. Combined with the approaching switch in the European political cycle plus a new Chancellor in Germany, this is the moment to seize for putting the much-needed EU reform back on the table.  We none of us want to miss out on this powerful window of opportunity.

As the President of the ELF and as a newly-appointed political secretary of the liberal group in the European Parliament, I am looking forward to us truly renewing Europe – and building the future that we want to live in.