A free Europe needs an army 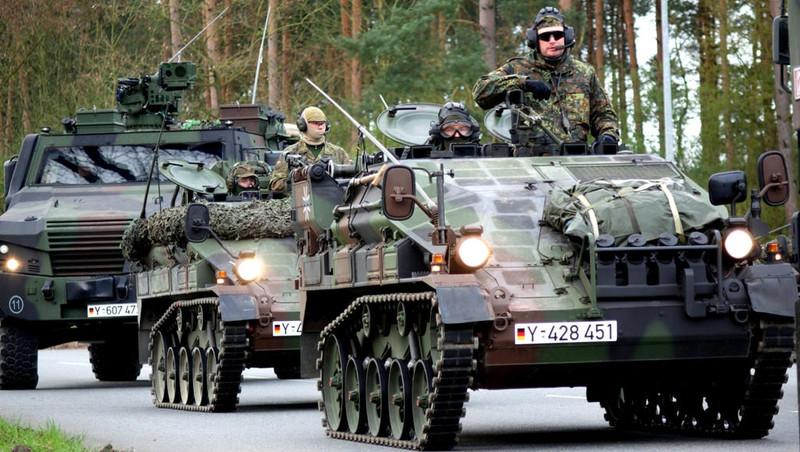 The last few years have shown that the US cannot and does not want to be the policeman of the world anymore. Additionally, Russia and China seem to be aligning their strategies – one targeting Ukraine, and the other Taiwan.

A military takeover would not only wipe two democracies off the earth, it would also hit Europe in its heart. We can no longer afford not playing along geopolitically.

Over the last 30 years, the number of democracies has fallen and the number of conflicts has risen. Led by Vladimir Putin, Recep Tayyip Erdogan and Xi Jinping, the postmodern model has given way to 19th century power politics. A world in which the great powers divide the world into spheres of influence, disregarding the will of the people or international law.

Should we therefore conclude that the West has lost? No. The US and the EU are still the most prosperous areas of the world. Our citizens are the freest people on earth. We have a well-functioning rule of law, a dynamic economy, and our product requirements still are the global standard.

Not because other countries think our rules are so great, but otherwise they would not have access to the world’s richest consumers.

The EU must however be careful not to make the same mistakes as the Roman Empire – which fell victim to decadence and the idea that its own security could be outsourced to others. Even in the European Union, countries hardly invest in their armed forces. Worse, many countries are opposed to a common European foreign and security policy. They remain stuck in the idea that the US will continue to keep us safe through Nato.

This is naive. Ever since Barack Obama, the focus of the US has shifted to Asia. Donald Trump, following, was more friends with Putin than with his European allies. Fortunately, under Joe Biden, ties have been re-established, but he too maintains an “America First” policy.

This makes Europe vulnerable. A war in Ukraine would lead to an influx of refugees and an unprecedented energy shortage. A Chinese takeover of Taiwan would shut down our economy due to a scarcity of semiconductors. The only conclusion for the EU must be to become more autonomous and decisive.

The plans of EU High Representative Borrell to set up a pan-European military force of 5,000 troops is laudable, but wholly inadequate. Putin has stationed 120,000 troops near the Ukrainian border in a matter of weeks. What will our response be if one of the Baltic EU member states is the next victim? Trump has already indicated at the time that NATO’s principle of solidarity is not a given. One should not rule out the possibility of a new kind of Trump taking over after Biden.

It is therefore high time to make progress towards an European army based on a common foreign policy. Not to weaken Nato, but rather to strengthen it. A survey of European citizens has shown that the need for a European army is perceived as the most urgent.

That is why I call on the Belgian government to push the Conference on the Future of Europe to continue this tradition. Let us commit to a true European Defence Union. And let’s remove, once and for all, the blocking national vetoes that stand in the way of a common European foreign policy.