Bosnia & Herzegovina – where is EU leadership in this drama? 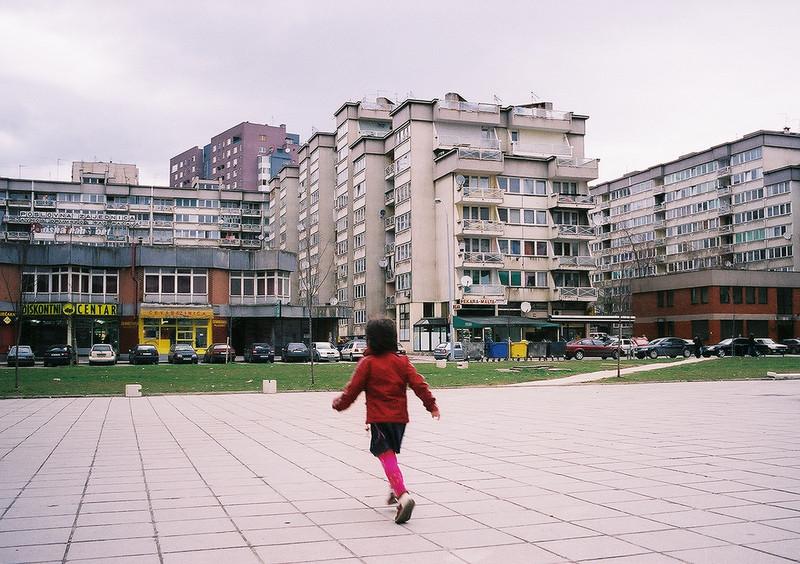 A girl runs across cement.

A deep political crisis – the undisguised separatist discourse of Republika Srpska leader Dodik – and large-scale security exercises by his police forces have international observers fearing the worst, especially now that the parliament of the Republika Srpska has adopted a resolution that heralds a new step towards secession.

In a country that is reminded daily of the bloodshed of the 1990s, the parallel with the past is easily drawn. And just as in the past, European policymakers excel in aloofness.

Bosnia and Herzegovina is an extremely fascinating, but complex country and difficult to govern.

If you are in Sarajevo today, you will immediately notice how the bloody conflict still dominates the streets and conversations.

The three-year civil war, in which about 100,000 people lost their lives, ended in 1995 with the signing of the Dayton Peace Accords.

Together with American and European mediators, the parties to the accord designed a framework for the various ethnic, religious and cultural minorities in the country to live together in a sustainable way. This is done through a highly-decentralised model of governance in which democratisation, consultation and cooperation are central.

In a country burdened by the horrific legacy of the 1990s, enforcing the Dayton Accords is proving an immense challenge. Trust is lost. Certain Bosnian sub-governments do not cooperate and/or do not even maintain contact.

Conflicts of jurisdiction are legion, and in several policy areas the ungovernability of the country is evident. Human rights and the rule of law are under considerable pressure and corruption also remains a serious problem.

Unfortunately, the separatist policy of Republika Srpska and ethno-political tensions are adding to this.

But the fragile reconciliation and democratisation process in Bosnia and Herzegovina also has its bright spots. On 15 February 2016, the country applied for EU membership. It is clearly not ready for that.

But a tailor-made EU roadmap with 14 priorities provided a push and much-needed perspective for the young Bosnian democracy. And history shows how an accession process catalyses the democratisation of a candidate country. Certainly when it is strongly supported by the EU, for instance through targeted sustainable investments.

While the international community is steadily reducing its presence in the country, it is becoming clear that the EU must not let go of Bosnia and Herzegovina.

China and Russia, which openly support Milorad Dodik’s secessionist policy, are ready to take the helm. With all the consequences this entails. Because, let there be no doubt: a possible secession of Republika Srpska is the deathblow to the Dayton accords and to peace and stability in the region. The spill-over of such a disaster scenario for the EU is hard to foresee.

When the delicate Bosnian democracy goes through a deep depression, the EU must take responsibility.

Our political and military presence in the region must not be scaled down, but structurally increased. For example, at the highest political level, a mediation mission must be started as a matter of urgency in order to restore the dialogue between the Bosnian partial governments.

But also our 700-strong peacekeeping force EUFOR must be considerably expanded and strengthened. This must, of course, be done in cooperation with our strategic partners, primarily the UN and the US.

The country’s Europeanisation and democratisation process must be supported more strongly, including through the exchange of expertise. The new European investment strategy for the region must also be rolled out further and geared as much as possible towards cross-community cooperation and lasting peace.

The European Parliament must pave the way for a renewed EU commitment to Bosnia and Herzegovina. Together with my fellow MEPs, I wrote to EU foreign affairs high representative Josep Borrell at the end of October demanding that all diplomatic means must be used to bring Dodik and the Republika Srpska to their senses.

Because only reason and dialogue can avert further humanitarian tragedy in the region.

If the European Union really wants to play a role at the highest geopolitical level, it must impose this leadership itself. And it must show that it can maintain peace and stability at least in its geographical backyard.