EU must prevent Hong Kong-like repression in Taiwan – or worse 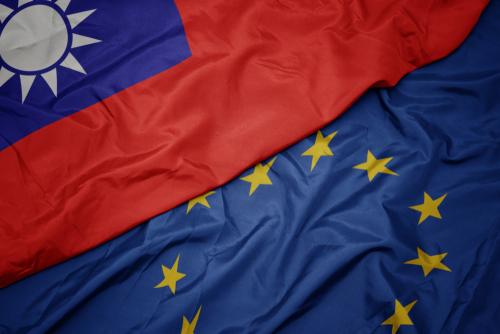 In recent years, China has become increasingly assertive. The same applies to its approach to matters relating to Taiwan. Tensions in the Taiwan Strait are rising dangerously and China’s current pressure on Taiwan is unprecedented.

China’s increasing military provocations, with the record number of Taiwanese airspace violations by China at a pinnacle, its inflammatory rhetoric on the issue of unification and its various other forms of provocation such as spying, cyberattacks and talent-poaching all directed against Taiwan clearly illustrate that the status quo in the Taiwan Strait has never been as fragile.

So what is the EU going to do? China’s President Xi Jinping may vow a peaceful reunification with Taiwan, in which Taiwan would be granted a high degree of autonomy, but the EU must know better and should not take Beijing at its word. Instead, the EU must draw lessons from the Hong Kong nightmare and push back against Chinese provocations to prevent a Hong Kong-like repression in Taiwan – or worse.

The West’s failure to act in Hong Kong has empowered Beijing to export its stifling actions beyond Hong Kong. Next in line seems to be Macau, where, prior to its elections, Beijing applied the same strategy as in Hong Kong, with pro-democracy candidates, including legislators who had served for decades, disqualified from the elections. So yes, make no mistake, Taiwan could be next.

The EU, therefore, must be forward-looking and adopt a more proactive stance on the Taiwan issue. Last week, the European Parliament adopted its first-ever report dedicated specifically to EU-Taiwan relations. This report is a timely and much-needed expression of the EU’s support for Taiwan as a key partner. It is a welcome step and of great symbolic importance making, as it does, concrete proposals to intensity relations with Taiwan.

These include the. call to start preparations for a Bilateral Investment Agreement, for Taiwan to participate as an observer in meetings, mechanisms and activities of international bodies, the proposed change of the name of the European Economic and Trade Office in Taiwan to that of the ‘‘European Union Office in Taiwan’’, all of which will undoubtedly make China nervous. But the real question is whether this will bring about change?

The reality is that China will only feel the EU breathing down its neck if the EU and its Member States speak in language that is clear and to the point. While the tougher tone of the plenary speech on Taiwan delivered by Commission Vice-President Margrethe Vestager in the European Parliament is to be appreciated, it remains to be seen whether overall the EU will adopt a tougher stance on China. Naturally, we must continue to put all our efforts into promoting dialogue, cooperation and confidence-building between Beijing and Taipei and remain firm in our rejection of any unilateral action that undermines stability in the Taiwan Strait. But if we want China to know that our support for Taiwan is unequivocal, we must act accordingly.

So let us be realistic in our strategy. The European Union on its own will not be able to change China’s course. However, if we work closely together with other democracies and in particular with the United States, we will have an impact. Therefore, we must further align our policies on defence, security and trade.

Firstly, since Obama’s pivot to Asia, the US has been focusing its defence and security efforts increasingly on the Indo-Pacific. This puts pressure on America’s capabilities to invest in the defence of Europe’s eastern borders. Europe could help the US immensely by setting up a European Defence Union, a real European army, which would act as the European pillar in NATO. This would give the US the capacity to invest more in the security of the Pacific.

Secondly, we must forge closer ties with Taiwan and proceed with a bilateral investment agreement. Taiwan’s semiconductor industry is of vital importance to future growth and the fifth industrial revolution. In a world in which trade has become a weapon to use in the pursuit of geopolitical goals, we must ensure that Taiwan is fully integrated into the western commercial hemisphere. This will ensure that both Taiwan and the West are less vulnerable to Chinese economic coercion.

Thirdly, we must use the EU’s internal market with its more than 400 million consumers as a tool to counter Chinese aggression. When partners such as Lithuania, Norway or Taiwan are the target of Chinese aggression in the form of trade restrictions, we must act as one and protect ourselves with countermeasures. China is too big to be confronted by countries acting on their own, but a united democratic front will have a lasting impact.

Time is not on our side. Taiwan recently warned that a Chinese invasion would be possible by 2025. In the past, China has repeatedly pledged to take Taiwan, by force if needed, so it is about time Europe too gets nervous and becomes more than a reactive statement-making machine.