Machismo is a geopolitical reality. Time to push back! 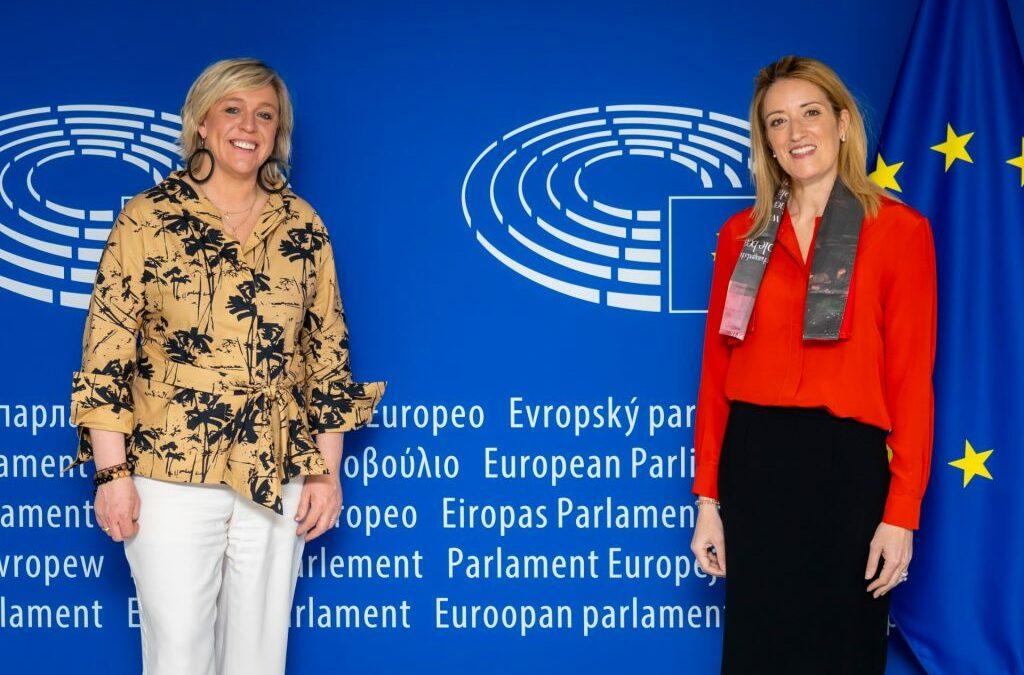 It is an unthinkable and unbearable realisation that we celebrate International Women’s Day 2022 at a time when hundreds of thousands of Ukrainian women and children are fleeing their country to find refuge in Europe. Already before Putin’s war, displacement was one of the leading factors that harm women’s safety and security world wide. Now, that sad trend has reached the European continent too. Machismo is more than ever in recent history a geopolitical reality.

Truth is we felt it even before.

Also inside the European Union, we saw a backlash against women’s rights in recent years.  Several member states are restricting the right to abortion. Access to contraception, sexual education and even materal care is being wound down, with grave consequences for women and girls forced into helplessness, illegality and silence. It is just the tip of the iceberg of a broader ultraconservative agenda that sees women’s rights as merely a symbol of modernity – though I have always failed to see what values you are conserving by taking women’s health and dignity away from them, and their families!

Covid only added to the pain. According to the latest Eurobarometer poll no less than three quarters of all women in Europe think the pandemic has led to more physical and emotional violence against women in their country. Many fear negative economic effects, like the balance between home and work life shifting and job opportunities deteriorating especially for women, and the same is true for mental health issues resulting from isolation.

If ever Europe needed to be there for women, it is now.

The European Union is leading by example. The European Parliament is now led by a young woman, Roberta Metsola, with whom I discussed our Women’s Day plans this morning. The Commission and the European Central Bank too are led by women. More than before, the female perspective is becoming not just important but self-evident in EU politics.

What we have to do is link arms to garner momentum for a broad women’s rights agenda. We as Renew Europe, the liberal and reformist group in the European Parliament, have looked at its first president for inspiration: Simone Veil was chosen at the head of the first directly elected European Parliament back in 1979. Her life story as a Holocaust survivor combined with an unabashedly feminist ambition at the top of French and EU politics, turned her into an icon both in France and across Europe. Who better to chose as the symbol and inspiration of our actions today?

The Simone Veil Pact calls for signatories to speak up and build up women’s rights across policy issues, to lead and legislate so that Europe makes a real difference for women’s lives in different areas: sexual and reproductive rights, family life, work life, combating violence against women and promoting their political representation. When women’s rights are coming undone by the brutal actions of macho regimes, we are pushing back by bringing people together, men and women, around a constructive agenda for the common good.

Gender equality is not a niche issue: as long as women’s lives remain easily unbalanced by larger economic or political events, Europe is failing its promise. And as long as women are underrepresented and underappreciated, our societies will remain unbalanced and frail. Empowered women will make the future, and giving them that power starts today.