US relations and European security after fall of Kabul 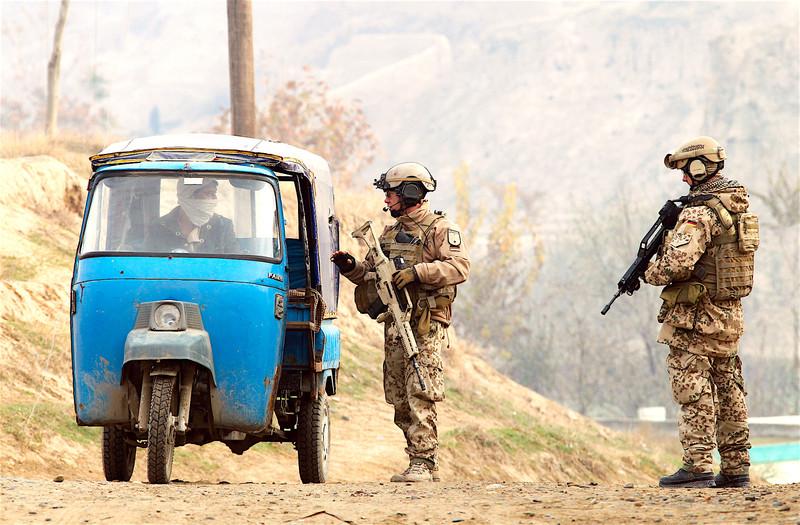 As the world watches in horror Kabul crumble, the EU is considering the implications of the return of the Taliban for her own security and makes plans to deal with a widening crisis.

Migratory pressures on European borders are expected to increase, multilateralism has taken another hit, and as the record of American withdrawals increases so does instability in many regions of the world.

After four years of mean tweets and pompous self-adulation, Europe welcomed the Biden administration with a huge sigh of relief.

But, apart from the return of a familiar rhetoric that traditionally underpins transatlantic relations, the new American president did not do much to reverse the damage done to US-EU relations from Donald Trump’s tenure in the White House.

Trump’s tariffs and trade barriers remain in place, a superpower showdown with China is still brewing, and transatlantic relations stay consigned to G7 and Nato summits.

Now, following the American withdrawal and the fall of Afghanistan to the Taliban, Europe is waking up to an uncomfortable sense of continuity between two different US administrations: despite initial optimism, America is still first.

The fallout from the fall

Just like in Syria and Iraq, the collapse of the status quo in Afghanistan will be a significant push factor for immigration.

The images of Afghanis grappling the wheels of airplanes as they were speeding for take-off, foreshadows the desperation of the people to flee their country for the West.

Just like in previous crises in the Middle East, a potential spike of migratory inflows is going to have severe implication for European politics, as nationalists and populists will use this opportunity to relaunch their offensive against the European liberal establishment.

The disorderly US withdrawal from Afghanistan adds another line in a long list of unilateral decisions that put America ahead of their allies and the stability of the liberal international order.

Arguably, the Americans invaded Afghanistan to catch a terrorist, and so they did.

However, in their search for internal security in the Middle East, the US destabilised the region and exposed their regional and global allies to potential security threats. According to the White House, the Americans got what they wanted in Afghanistan; but others will have to deal now with the externalities of their interventions.

This sets another bad precedent for the culture of multilateralism that underpinned the US-led international order.

The Middle East is not the only region dependent on American power for the stability of the status quo. European security architecture also depends partially on US troops stationed in the continent.

Even if nominal, symbolic even, American commitment to Europe is still a strong stabilising factor. Washington’s retrenchment from Afghanistan sends the wrong signals in European regions where security is in the daily political agenda.

Of course, no-one expects a European country to be run down by hordes of religious fanatics in case of an American withdrawal, but countries like Greece, Cyprus, and the Baltics will eventually have to re-assess their security parameters.

While countries in the East and South neighbourhood of the EU will be less and less inclined to commit to European values, democratisation, and integration processes.

What the EU can do

From the Syrian civil war to the fall of Afghanistan, it should be clear by now the EU needs a common and realistic European asylum policy.

In the long-term, an asylum policy that works includes, more legal pathways for refugees, a functioning application and readmission process, and an effective border management with regional and international cooperation.

However, there are also things that need to be done in the short-term.

The EU Commission could use all tools at its disposal to deal with the imminent fallout from the crisis, such as triggering the Temporary Protection Directive.

In addition, the EU should do everything possible to extract those still left behind: EU nationals, Afghans who worked for the EU and their families, and Afghans fighting for human rights.

Finally, in cooperation with UNHCR, Europe should lead international efforts to provide immediate assistance, relief, and resettlement to Afghan refugees. This can be enough for Europe help the refugees, now and in the future, while avoiding a repetition of the 2015 internal crisis.

In terms of security, the EU should continue investing political capital on policies that promote multilateralism, and which are at the heart of both the European project and the liberal international order.

The latter will be an empty letter, unless it is supported by reforms that lead to efficient decision-making process with the EU. European foreign policy will remain slow and reactive as long as decisions are taken unanimously, and member-states have veto powers.

It will also remain heavily dependent on American power unless a proper European army is created.

The lessons to take home from the Afghanistan disaster are too many to list here: invasions do not work. Geography is inescapable. True reforms require overwhelming popular support. Westernisation or modernisation are sustainable only if they emerge from genuine political and cultural movements.

During a Renew Europe event on the Conference on the Future of Europe, Dr Antonios Nestoras, head of policy and research at the European Liberal Forum made this clear: “Strategic autonomy is not an abstract idea, but a practical outcome produced by institutions”.

For Brussels in particular, one lesson should be painfully clear: do not put all your eggs in one basket. Placing big bets on Biden cannot be a substitute for a strong and common European approach to international security.