Women, life and liberty in Iran 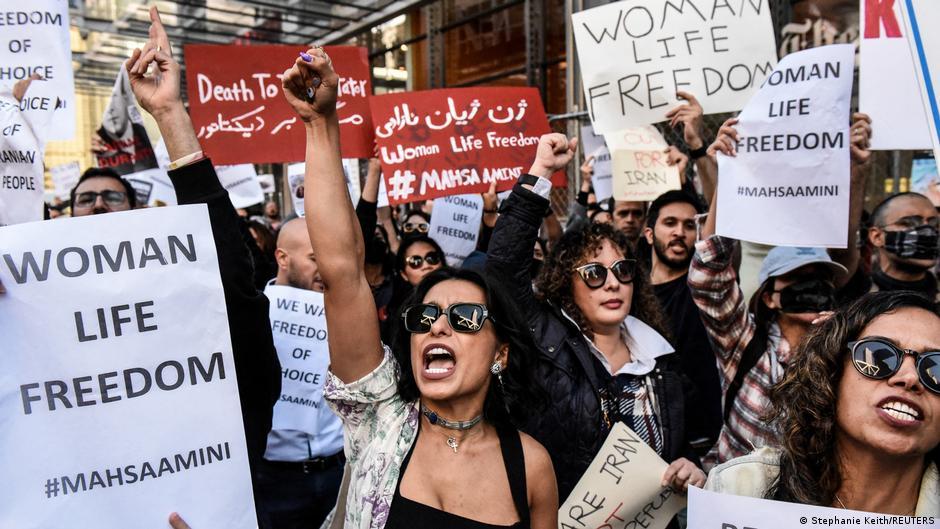 Over 130 deaths and still counting. We all know the brutal story. Public protests in Iran broke out after Amini, a 22-year-old Kurdish woman, died in custody on 16 September, three days after her arrest, for not abiding by Iran’s strict rules for women on wearing the hijab and modest clothing. Many people lost their lives during the protests, also last Sunday during clashes between students and the police at the university in Teheran. Hospitals are flooding and the worst is yet to come as protests and government crackdowns endure. Only because Iranians want gender equality.

We cannot close our eyes to these atrocities: we owe justice and support to the women of Iran, the activists, and all those killed during the recent protests in Iran, including anti-yihab protesters Hadith Najafi, Ghazale Chelavi, Hanane Kia and Mahsa Mogoi. The EU must take its responsibility and pursue a clear and comprehensive strategy in which we put human rights on top of the agenda, while trying to establish a safer environment in the Middle East. I urge the Commission and the council to step up, defend human rights and gender equality in particular.

First, we must condemn the ongoing repression of women, their rights to freedom of expression, association and peaceful assembly, as well as the repression of minorities, including Kurds, Baluchis, Arabs and non-Shi’a and non-Muslim religious minorities. The EU and its Member States should closely monitor the use of state violence and act accordingly. The same can be said about the widespread, intentional and unjustified use of force by Iran authorities against non-violent protesters, as well as the practice of shutting down internet and mobile networks, which prevented communication and the free flow of information. In addition, EU Member States that are part of the UN Human Rights Council, should instigate a comprehensive investigation into these recent events, led by the UN Special Rapporteur on the situation of human rights in Iran.

Furthermore, we must raise these human rights concerns with the Iranian authorities in bilateral and multilateral fora and use all means for that purpose, in particular in the context of the EU-Iran High Level Political Dialogue. More specifically, we must urge the Iranian government to immediately and unconditionally release all those imprisoned during the protest, to drop all charges, to introduce an immediate moratorium on the use of the death penalty as a step towards abolishing, to commute all death sentences, and to immediately halt executions. In addition, they should introduce a law against gender based violence, in accordance with international standards, protecting victims and addressing child marriages and gender-based intimate partner violence.

Second, instead of a sanctions regime that punishes the Iranian society as a whole, we need to directly target the leaders who are responsible by using our European Magnitsky Act. In this context, the High Representative and the Council should expand and update the list of individual sanctions in order to include members of the “Morality police” and all state officials responsible for the repression and use of lethal force against demonstrators. Moreover, we need a ban on the export of facial recognition technology to Iran, as it is used to publically control women. Third, we should praise and support the Iranian women who keep on defending universal values despite the difficulties and personal repercussions they are facing. Rightfully so, they want to live in a secular and democratic country that protects women’s rights, without violence. In this regard, we need targeted actions to help the women and men who are fighting for these values. We should provide women and girls access to our European Universities and support civil society in their fight for gender equality. Therefore, we need strong coordination among EU embassies in Tehran. EU Member States must use the mechanisms based on the EU Guidelines on Human Rights Defenders to support and protect these individuals and their families such as monitoring unfair trials and visiting human rights defenders in prisons. Last, but not least, it is vital we Europeans protect Iranian human rights defenders and provide refuge. Let’s never give up on the women, their lives and the liberty in Iran. They need our help.